This deck started as what I called Planeswalker Pile, but actually ended up being good. Our commander is [[Kenrith, the Returned King]] and he's really here for multiple reasons.

Sometimes we won't even play Kenrith and other times we'll be needing some of these abilities depending on the situation.

For the rest of the deck, it is all planeswalkers and removal.

We have planeswalkers in here that create creatures for us most noticeably [[Ashiok, Nightmare Muse]], [[Garruk, Cursed Huntsman]], [[Nissa, Who Shakes the World]], [[Mu Yanling, Sky Dancer]], [[Saheeli, Sublime Artificer]] and [[Sarkhan the Masterless]].

As you'll see in the video Sarkhan can be a great wincon for us late game.

[[Saheeli, Sublime Artificer]] will be excellent early game because each time you cast a planeswalker, you'll also get a 1/1 creature token.

[[Ajani, Strength of the Pride]] is a great card not only because it gives you creatures, but also gives you life gain. I found a really cool combo where I used [[Saheeli, Sublime Artificer]]'s-2 ability to turn one of the artifacts into a cat token then gained life which makes the artifact keep its token even after the end of the turn when it turns back into a 1/1 artifact.

[[Domri, Anarch of Bolas]] and [[Nissa, Who Shakes the World]] are going to be our ramp planeswalkers. Domri can only give us one mana per turn, but Nissa will double all of our forests. Other cards that help us ramp are cards like [[Chromatic Latern]] which is super helpful when running a 5 color deck. [[Mana Geode]] and [[Arcane Signet]] helps as well.

[[The Wanderer]] makes excellent removal late game with its -2 ability of exiling creatures with power 4 or greater while also protecting you and you're other cards from non combat damage. Other removal we have in the deck include [[Despark]], [[Banishing Light]], [[Prisom Realm]], and [[Planar Cleansing]].

Now the perfect opening in this deck would be to have either some form of removal and mana ramp in your opening hand or some quick drop planeswalkers like Saheeli or [[Teyo, the Shieldmage]].

So now I want to talk about the Brawl meta and what you'll most likely be facing with this deck.

The brawl meta has been about the same since Theros's release. One of the top decks to beat is still [[Golos, Tireless Pilgrim]]. Our chances with Golos are about 50/50 and we need to be on a quick start. If Golos manages to get its ability off a few times then we're pretty much done for.

[[Korvold, Fae-Cursed King]] is still meta and this deck does pretty well against it. Korvold is a key component of that deck and fortunately it takes him a while to come out and hopefully by then we'll have some type of removal for it.

[[Kaalia, Zenith Seeker]] will still give us problems unless we find Mu Yanling early on like we did in our matchup. [[Ritual of Soot]] makes great removal for the insane way Kaalia can put out fliers in the early game.

[[Uro, Titan of Nature's Wrath]] seems to be gaining popularity in brawl as a new simic ramp on the block, which is pretty cool because now you get life gain from it. It's a bit slow to start so you can start setting up your planeswalkers from the start and hopefully overtake the board before they ramp up to do what they want to do.

[[Niv-Mizzet, Parun]] is a pretty good matchup in our favor in this meta. No problems really there. We really want to see [[The Wanderer]] in these matchups for its static ability too keep Niv-Mizzet from pinging us, plus a lot of removal spells. [[Narset, Parter of Veils]] is also an excellent card for these matchups to keep off the draw effects.

[[Niv-Mizzet Reborn]] is another matchup that also wants to do what we do with this deck in some cases. To me Kenrith makes a better commander for this. So with Niv, you'll be able to search out more cards from your deck, but we manage the same effect with Tamiyo, Collector of Tales. Now I know that puts us at a disadvantage of not being able to cast it when we want, but I think it's a much better late game to cast Kenrith and be able to use a myriad of abilities and have a cheaper commander to get out that still let's us use all colors.

All in all the deck does really well in most meta matchups. Tempo and speed are really important for this deck. I think what really sets this deck apart from the other versions is Kenrith's red mana ability for giving everything trample and haste. It can be a real game changer especially played late game. 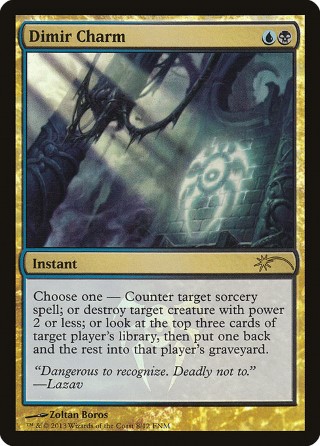