This deck is designed to use fae of wishes correctly this jank is a complete control deck that is designed to go up against the top 8 and beat them that is if you get the right card draw. It has litterally everything you need just handed to you as you need it to beat most every opponent in the standard meta, prior to Theros. It's fun to play and has it all, plenty of mana ramp, stomp trample, life, bounce, take, destroy, unblockable, drudge, living lands, you name it it has more than 3 win conditions.

Other options for main deck swap are 2 Thief of Sanity, and 1 Orchran Assassin for other cards (ie anticipate, nissa, and lucky). (note: origional decklist had 2 arboreal and 2 anticipate, no passwall and 3 of something) Either deck works.

Never sideboard, only pull from it with fae and clover! if you swap anything in and out of the sideboard do not put creatures in the sideboard as fae can't pull them out, This deck works like a rick and morty portal to pull what you need and gives you enough blockers to get the deck going, usually you should have a giant out by 4th or 5th turn at the latest with the mana ramp. And if you use fae to pull out whatever card you need to mess up one of the top 8 decks main strategies then you will get a concede. Most decks are built with horse blinders on and only go in one direction, this deck goes anywhere and everywhere you need it to go when you need it to do it. And it's so outside the box and the combos are so exploited that your opponent will not see it coming,

The youtube decklist is slightly different than this one take note of that.

Aboreal can be used first turn to put out two lands or you can use it later in the game if you have more lands from Hydroid, or Triumpth. Anticipate is you last ditch effort if you get in a bind safe it for when you really need it, fae of wishes used as a flyer second turn to block or to get sideboard items to stop any and all threats. Passwall your Giant or your Hydroid for the kill if they have a billion tokens or blockers on the field. Likewise Stealth mission (note the loss of flying). Run Away can be use on brazen, fae, giant, hydroid to get more bounce more stop gaps or more mana ramp. Paradise is for black mana, as well as swamps pulled with your giant. Try not to ramp forest except for nissa or you will run out of them very quickly (frilled and nissa are the only ones that require 2). Ramp mainly islands unless your op is playing tokens then grab soot. Lucky clover drains your sideboard and gives you whichever card you need when you need it, I think most of the sideboard cards are self explanitory with a couple of exceptions. You can use eyes against someone not playing blue, you can use trophy to kill your eyes after the swap if they are playing blue, you can use wilderness and leyline of anticipation in the late game after the ramp at the same time to get hydroid and everything else anytime (place those stops right at your end step or you want o cast everywhere you need). Spyglass only works on activated effects if the card as something prior to +1 -2 on the plainswalker like you pay 2 more for whatever use trophy instead. Brazen to bounce attacks or bounce mutiple blockers with clover. Route is for ramp and you choose the basic, blue and green, black and blue or black and blue. You have to know which top 8 deck they are useing and be patient with mystic, if you have it in your hand ramp the cards to use it even if it's a forest that is the only exception to the not so fast with the forest rule. Nissa makes hydroid insain or helps you puts out tiny giants as a blocker. Hydroid if countered usually still gives you cards or life which is nice unless they use mutiple counters. The lands can be dropped down to 20 if you need more of something that has only 3 but 4 clovers is not needed as your sideboard usually drains very quickly for the win.

Hammer giant, hammer hydroid, hammer + either + not blockable. If you need kill instead of get past the billion token horde then place a orchan in the mainboard, theif's can also be used to take things. If you are feeling froggy.

I think that sums it all up, if you have any questions and are 18+ feel free to contact me on

Question: Are you really "The Punisher?" Answer: Yes, I have the scare to prove it.

Question: Your facebook says Waugh are you related to William (Billy) Waugh?

Answer: Early medical retirement from Surveillance, I play MTGA, and other misc computer games. I have been gaming on pc from the time 8088's existed. And started playing Magic the Gathering in '95 and tournaments as of '97

Question: What is that techno and trance music that you play on your intro and outro?

Answer: I wrote those 30 years ago when I was 14 years old. You can't find them anywhere the site I posted them at that time no longer exist.

Answer: Because The Magic Dojo doesn't exist anymore, and because people steal them and post them to youtube 6 months later claiming they created it, but that may change as there is really nothing new under the sun when it comes to mtg, mtga, and building a deck.

Question: What does mtg mean to you?

Answer: Inclusion (of everyone) and respect for others. I have a zero tolerence for anything less. 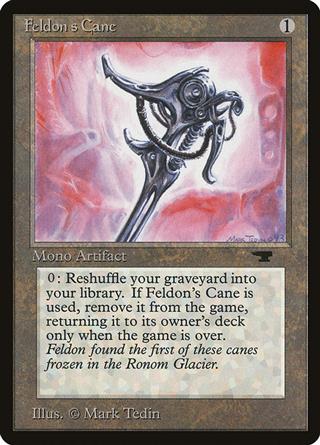