Here is a deck I have put together for the Historic Artisan event that is running until Dec 30. After a slow start against some good decks (Dimir surveil, Gruul aggro) I had a nice win streak, and the deck really showed how it can just come out of absolutely nowhere and steal games that you have no right to win! :D

Based around the combination of [[Tenth District Legionnaire]] and [[Season of Growth]] generating insane value if left unchecked (which happens often enough given the relative lack of decent removal), I have also included a package of [[Lucky Clover]] and a few choice Adventure cards to really push things over the edge. Let me tell you, [[Gift of the Fae]] with a Clover out on a couple of Legionnaires is a pretty solid play!

There are a few lifelands to help with mana issues and to help stave off aggro decks for that one extra turn you need to win. The mana base has been a bit slow on occasion but generally sorts itself out by turn 4 or 5, which usually just means that you can play your Legionnaire and buff it immediately, and hopefully get a [[Season of Growth]] and/or [[Lucky Clover]] down beforehand to help set up.

The card advantage that the core of the deck generates cannot be overstated. Hearkening back to the [[Feather, the Redeemed]] decks of old standard, the near infinite scrying (and card draw if you have Season out) ensures that you will usually be able to find the tools you need, whether it be a [[Domri's Ambush]] or [[Reckless Rage]] to get rid of a threat, or the [[Faerie Guidemother]] to lift your attacker over the top of a pesky blocker.

I have endeavored to include the cream of the available Adventure cards - one notable exclusion is [[Beanstalk Giant]], which I feel is simply too slow - having said that, I haven't tested it, and the mana fixing provided by [[Fertile Footsteps]] may be worth the extra turn of setup, especially with a Clover out (or two)! If you decide to follow this route I would probably advise ditching the [[Garenbrig Carver]]s, as they are objectively the weakest of the Adventures included - bearing in mind that it could be an important scry or card draw late in the game if you're searching for answers.

This is an immensely fun deck to play, and the comeback wins you can achieve make it worth giving a shot. What have you got to lose? This could be your lucky day... 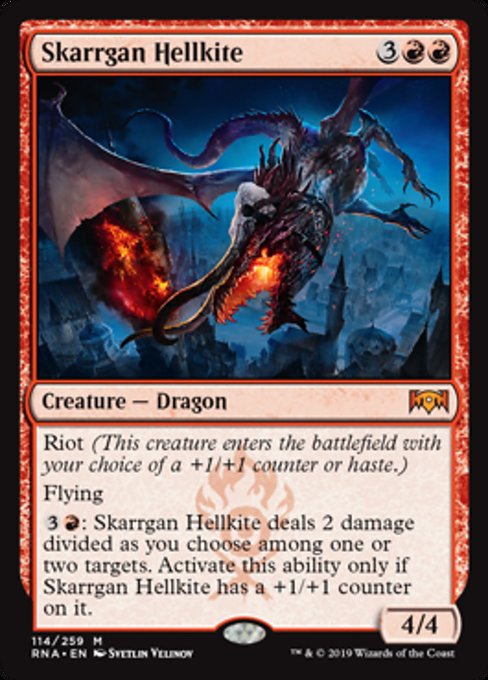