This is a refined version of the first Golgari Soup deck, that although was a lot of fun had a lot of problems.

Steep mana curve, low card draw, and low creature value plagued that deck, so I’m going to describe the changes that I made to make this version a bit more competitive.

Again, this is a deck that makes use of the Golgari mechanics like undergrowth and graveyard recursion, but this time has more creatures, only one sorcery and is tuned against midrange.

The primary focus was to lower the mana curve, lots of the value creatures in the previous deck costed 4 or more mana with the cheap spells providing little to no value.

Those spells were ok to fill out the graveyard but didn’t trade well with the opponent creatures, so ours kept dying and the opponent kept developing his board.

The first thing I did was to find a turn 1 drop, so, I added the [[Vampire of the Dire Moon]] to fill this spot because the deathtouch makes him a value target to removal, trades well with any creature, big or small and the lifelink is important to recover from shock lands or to use as resource in mechanics that require life to activate.

There were some other candidates that fitted our deck like [[Eye Collector]] but he rapidly loses is value as the game continues. [[Barrier of Bones]] and [[Arboreal Grazer]] were also great but only against aggro so they also didn't make the final cut.

[[Glowspore Shaman]] still is the undisputed champion of the 2 mana slot because it will fill our graveyard and help us ramp at the same time, no change here. If you don't like the gamble that is putting cards directly onto the graveyard, you could replace this card with [[Growth-Chamber Guardian]], but I prefer the immediate value provided by [[Glowspore Shaman]].

In this position I also added another [[Kraul Harpooner]] because there are so many great flying creatures around but given the right conditions this insect can take all of them down. Most of the time I use it to take down [[Gilded Goose]] 😊

A new addiction in this position was the [[Order of Midnight]], I put it in this deck because after a while I came to the conclusion that we need cheaper recursion so I placed 2 copies of this card to recover any dead creatures and reduced the numbers of the much more expensive [[Golgari Findbroker]].

On the 3 mana slot I removed the [[Gorging Vulture]] because for 3 mana I don’t think that this card provides relevant value. Yes, it will fill our graveyard and probably gain us some life, but we already have mechanisms for that. Instead I added the [[Midnight Reaper]], great creature that help us solve the initial card draw problem that this deck had.

Ideally our opening hand will have a [[Vampire of the Dire Moon]], the [[Glowspore Shaman]] and the [[Midnight Reaper]] so we can curve out perfectly. These cards make a good trio because the vampire will gain us life, the shaman will make us ramp and the reaper will make us draw cards but since we already gained life, we can take the penalty that the [[Midnight Reaper]] demands.

To finalize the starting creatures listing, we have [[Murderous Rider]] as creature/planeswalker removal that will consume/gain us life and also [[Thrashing Brontodon]] to deal with that annoying enchantment or artifact.

Is worth mentioning that [[Leyline Prowler]] was also considered to this slot, a creature with deathtouch, lifelink that also provides mana is incredible, but we already have so many creatures with CMC 3 that I just don’t have the room for it.

All these creatures provide great value for low mana, making them excellent targets for the opponent to exhaust his initial resources.

When we hit 4 mana, we want to start deploying our main attack weapon, the [[Questing Beast]] to eat away the opponent life total and in the process taking a bite at his planswalkers.

As I said before, now we only have a copy of [[Golgari Findbroker]] so use it wisely because this card can recover any permanent and not only creatures like the [[Order of Midnight]]. I will probably save it to recover any enchantment/planeswalker or artifact that was placed in the graveyard and not for anything else.

In this slot is also the single sorcery on main deck, [[Ritual of Soot]]. This card is extremely valuable against aggro and weenie decks because at 4 mana the aggro player probably already has his board settled and we can erase his hopes and dreams by killing most of his creatures.

If you want to play a more aggro build you can take out the more expensive spells of the deck and add a 4th copy of [[Questing Beast]] and a few copies of [[Rankle, Master of Pranks]]/[[Spawn of Mayhem]].

At 5 we can cast [[Cavalier of Night]] to remove that giant creature that our opponent placed in our path to victory, or wipe out a board filled with small tokens with [[Massacre Girl]].

As alternatives you can put [[Cavalier of Thorns]], [[Doom Whisperer]] or [[Underrealm Lich]]. They are all great cards but the last two fill a role in this deck that is only provided by the 2 copies of [[Temple of Malady]], that is the ability to search our deck. These aren't "as good" as [[Once Upon a Time]] but are a better match to our theme.

In this slot I also added [[Moldervine Reclamation]] as means of card draw and to deter the opponent from killing our creatures. This card works better against heavy removal decks like Rakdos or Mono Black.

As late game bomb I choose a single planeswalker [[Garruk, Cursed Huntsman]], this planeswalker fills a missing role in the previous version that is a creature engine. The +0 ability will fill the board fast if not dealt with, the -3 will remove any targetable creature and draw us a card, and the ultimate will boost our creatures.

Some can argue that [[Liliana, Dreadhorde General]] is better, and at least her ultimate his, but I don’t think that she fits this deck as well as [[Garruk, Cursed Huntsman]] because all of his abilities combine with our deck and theoretically is easier to ultimate. Other great alternative is [[Ugin, the Ineffable]] with targeted removal and card draw/creature engine.

As a finishing blow, if our opponent manages to block our path to victory, we can do a remote detonation by using [[Lotleth Giant]]. This still is our win condition if the beatdown doesn’t work. I lost count how many times I won with this card, mainly against slow decks like [[Golos, Tireless Pilgrim]] and control.

There are several other cards with high CMC, but their casting cost usually goes down as the game progresses. [[Molderhulk]] can be a turn 4 6/6 beast if you manage to grab 2 [[Glowspore Shaman]] early or cast [[The Great Henge]] by using the entry into the battlefield effect of the [[Kraul Harpooner]].

This wouldn't be a Golgari Soup without a cauldron, so [[The Cauldron of Eternity]] will be our last resort to return creatures to the battlefield and/or prevent us for milling out.

[[Molderhulk]] also interacts nicely with [[Fabled Passage]] if this card is on the graveyard, because it can return it to the battlefield, so we sacrifice it again thinning our deck a little by removing another land from it.

As I said before the [[Kraul Harpooner]] entry boost is a perfect match to play with [[The Great Henge]].

[[Midnight Reaper]] and [[Moldervine Reclamation]] beg for our creatures to die and fill our graveyard and boost undergrowth abilities.

When [[Cavalier of Night]] dies we can return any creature with CMC 3 or less to the battlefield, returning a [[Midnight Reaper]] or a monster [[Embodiment of Agonies]] is probably the way to go.

[[The Great Henge]] and any creature entering the battlefield will draw us cards (talking about obvious combos hehe).

[[The Great Henge]] and [[The Cauldron of Eternity]] because the first will provide the life and part of the mana to trigger it's ability.

I don't play Best-of-3 but I added a sideboard anyway so you guys can tune this deck to your liking.

Because black and blue possess the most annoying mechanics in MTG, that is cheap removal, counter spells and permanent manipulation I added 1 copy of [[Shifting Ceratops]] and 3 copies of [[Veil of Summer]] to help us deal with that disgusting abilities. For me, nothing beats the feeling of preventing a [[Mass Manipulation]], a counter spell or denying the enter the battlefield effect of [[Agent of Treachery]].

If you are more worried with aggro, [[Legion's End]] will help you survive until you have a [[Ritual of Soot]] or a [[Massacre Girl]] in hand, because most of our creatures don't trade well with creatures with first/double strike.

On the other hand, if you are worried about [[Golos, Tireless Pilgrim]], [[Arclight Phoenix]] or other "infinite" recursion/resources decks [[Ashiok, Dream Render]] will shut down theirs search mechanisms and erase the possibility of recovering dead cards.

The other cards in the sideboard are mainly utility spells:

The are some natural born killers that will wreck this deck apart, mainly [[Hushbringer]] and [[Ashiok, Dream Render]], but they are not impossible to beat. [[Hushbringer]] still dies to [[Ritual of Soot]] or just apply pressure with creatures, and for [[Ashiok, Dream Render]], [[Veil of Summer]] and [[Questing Beast]] will put him where he belongs that is in the opponent’s graveyard.

If you are playing against white [[Planar Cleansing]] is something to be aware since it can kill everything that we’ve set up, so hold on to the resources that you need to recover from that.

The trick to win with this deck is to keep playing cards, so focus on that and watch out for [[Narset, Parter of Veils]] and [[Rule of Law]]. 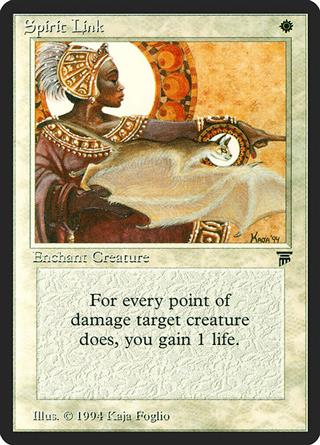