the deck plays around with Scheming Symmetry and showcases a few options to use this card and maybe even still be standart viable.

here are a the options with Scheming Symmetry:

ashiok: basic gameplay have her on field or be able to play her in same turn

Castle Locthwain: lategame play u can draw the card and maybe be able to play it too more on the manaconsumingside as its B+ 1BB&tap castle to get to the card thats already 5mana spend!

Robber of the Rich: play scheming symmetry and in same turn play robber and attack to get opponents card but be careful opponent needs to have more cards in hand than you or robber will not trigger!!! bonus synergie with Ob Nixilis, the Hate-Twisted as u can not only kill opponets creature and ping for some extra dmg they also draw 2 card so should be more handcards to get trigger of robber. also after u "stole" the card u need to attack with a rogue that are standart playable and this deck also contains : Agent of Treachery, Brazen Borrower and Rankle, Master of Pranks!

Thief of Sanity: well the abit slower version of robber need to be in play for 1 turn already (or have haste which no option in this deck) and u can be sure opponent will search for 1 land card to put on top for sure.  [bonus synergie with The Royal Scions the 2nd +1 gives +2/0 FS and trample so even if thief gets blocked it should be able to trample thru for trigger, Saheeli, Sublime Artificer can also make a 2nd thief for a turn to get double the triggers if unblocked]

Rankle, Master of Pranks: let everyone draw card so u get the scheming card fast sadly the options on rankle is discard>draw and not reverse or would be really fun to have opponent look for good card only just to get it discarded but u can still afterwards use other discard effects like thought erasure or Davriel, Rogue Shadowmage.

The Royal Scions: the first +1 ability lets u loot so u can get the card u placed on top in hand

God-Eternal Kefnet: the i dont have a draw card on hand "well let me copy the searched card option" if u put a sorcery or instant on top u can copy it next turn (if u have instant card draws u can do that in opponents upkeep/after drawstep > like u put in a thought erasure and in oppoentns turn u opt and copy thought erasure to get rid of opponets card [no instant card draws in this deck only option would be lilianas static ability that lets u draw when creature dies])

Ob Nixilis, the Hate-Twisted and Liliana, Dreadhorde General have the carddraws if u kill your creatures.

Chandra, Acolyte of Flame: baby chandra can use -2 to replay any instant or sorcery spell which includes scheming.

narset reverseal well not really synergie with schemming but if u play vs a creaturelessish deck u can kinda "steal"  the card for one turn and that gives u more options to get it discarded.

Murderous Rider: due to his effect that if he dies he gets shuffeld into deck he should always be a possible pick for schemming to remove a threat.

Agent of Treachery not really synnergie with schemming but with robber and thief and himself as u could get quite a few permanents from opponent to get more carddraws.

Lazav, the Multifarious well he can be any creature in graveyard so anything mentioned on top applies to him. 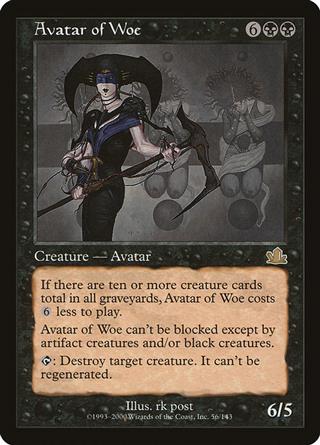