Picture this: it's 2:35 AM and I'm alone in my room doing things that my parents wouldn't approve of, the smoke of the devil's cabbage has filled the room, as I am about to call it a night a flash of inspiration hits me, and while I log in MTGA I can already taste the foolishness of what I'm about to create. I finally had an idea for a colorless deck.

Is it a competitive deck? Nope. Would it be a good use of your money to purchase the cards needed to build this deck? Still nope. But at least its fun to play. Its the fun of playing a deck that shouldn't work nor exist, It's the fun of being the underdog, the fun gambling your success on a combo that may never happen. Playing this deck is a statement, a statement of ignorance.

Essentially this is an artifact-gate kind of deck that tries to win with powerful creatures hastened by crashing drawbridge or made unblockable by manifold key, but is also has a couple of backup strategies.

Gingerbrute for early damage and for his ability to avoid being blocked.

Steel overseer can buff other creatures, and only costs 2.

Shambling suit can grow pretty fast since this deck only plays artifacts, it may become a threat with manifold key.

Manifold key is a card that rarely sees play, and for a reason, but I think it has a chance in this deck with gate colossus, shambling suit and gatekeeper gargoyle.

Gate colossus and gatekeeper gargoyle are the powerful creatures this deck tries to win with.

Golos helps with ramping, and is paricularly useful considering most of this deck's lands enter the game tapped. It also can fetch a field of the dead for some sexy token generation.

Glaive of the guildpact fits in the gate theme of this deck, and can make gingerbrute a gingermotherfuker.

Chamber sentry is an ok creature that can double as removal, and can become dangerous in the lategame, once this deck's full mana base is available.

The mana base of this deck is a lawless wasteland as you can see, and could be made more efficient, but it still works, basically there are some gates to allow gate synergies and some "untapped lands" to allow for some turn one gingerbrutes.

The most important lands are field of the dead for token generation and karn's bastion for its proliferate ability.

In conclusion this is not an optimized deck, but it works enough to have fun in normal play, and can be played until the day that a truly viable colorless deck finally comes to MTGA. If anyone has any advice to make this deck better just let me know, I believe this crippled baby can grow one day into a partially functional adult! 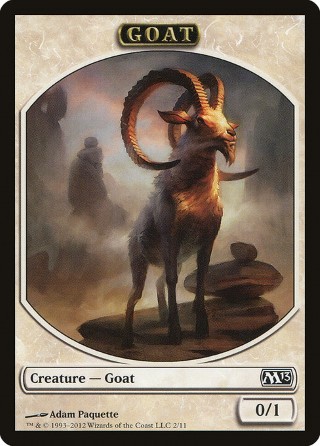