Commander - The Jankiest of Jank

This is a deck featuring every EDH-legal alternative-win card, with the exception of Felidar Sovereign, as Test of Endurance is a more fun version of the dumb cat. This is pure jank, with a convulted process needed for some cards. Below are the notable combos.
Isochron Scepter imprinted with Dramatic Reversal with either Sol Ring and Birds of Paradise or Gilded Lotus makes infinite mana.
Animate Dead plus Worldgorger Dragon in the graveyard also produces infinite mana, limited to colors you already produce.
This infinite mana can be used to:
Martial Coup for arbitrarily large numbers to win with Epic Struggle.
Sanguine Sacrament to 8008 to win with Test of Endurance.
Helix Pinnacle is self-explanatory.
Make a Walking Ballista over 9000 to satisfy Mayael's Aria (Using his ping ability is not what we're about).
Blue Sun's Zenith to draw your entire deck to pull off any combo or win with Laboratory Maniac.
Besides infinite mana, we have no basic lands, so Hermit Druid dumps the library into the graveyard. There is a copy of Memory's Journey to set up any combo, and a Think Twice if you have the mana.
To win with Revel in Riches just cast it and a board wipe, this should be enough in most EDH games.
To win with Barren Glory, cast it then exile it with Oblivion Ring. Have Mycosynth Lattice on the field, then if it's your last card cast Merciless Eviction targeting artifacts to win.
Mechanized Production can target any artifact, but with Mycosynth Lattice cast a Phyrexian Metamorph copying it to speed up the process A LOT.
Have the highest life total, cast Solemnity and Celestial Convergence, win.
Battle of Wits and Hedron Alignment require the sideboard, so you need your playgroup's permission first. For both, you'll be making use of Burning Wish. First, cast an Isochron Scepter, imprinting either Burning Wish or Dramatic Reversal, with the other in hand. Then cast Mechanized Production, targeting the sceptor (you will also need the mana rocks/dorks for infinite mana). When you get a copy, imprint the other spell. Now, you can cast the wish infinite times. For Battle of Wits, grab a Living Wish, the 123 Thoughseize (any sorcery will work), and Kozilek, Butcher of Truth from the sideboard, discard them during end step, and finally at your next upkeep win. For Hedron Alignment, pull out the three Golden Wishes, which you then cast to get three more copies of the alignment. If you have the fourth, cast two, exile one with Anguished Unmaking, discard one at end step, and if it all works you can finally win the next turn.
To win with Chance Encounter get the first luck counter with Goblin Bomb, then either continue doing that or use Atraxa, Praetors' Voice to proliferate them.
To win with Azors elecutors or Darksteel Reactor, do the same thing.
The primary way to win with Biovisionary is Rite of Replication.
Hellkite Tyrant is obvious, if no one has a lot of artifacts use Mycosynth Lattice.
Approach of the Second Sun doesn't have any jank combo, just cast it twice.
Near-Death Experience is easy to pull off with Wall of Blood.
Mortal Combat needs the Hermit Druid combo, plus your commander in the graveyard. Ashnod's Alter is to dump any creatures on the battlefield.
Maze's End grabs lands, job done.
Other than that, I put in minor protection with Teferi's Protection, but didn't bother with much else. This is for goofy wins, not serious play (the mana base is a dream and nothing more). I put in a lot of tutors to get pieces, but the Hermit Druid combo is best if you don't have anything else in hand. 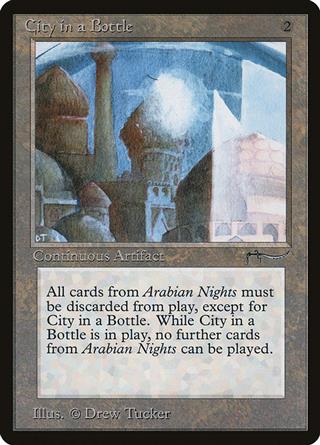