Disclaimer: I don't think this deck is any kind of competitive, it is meant to be flavourful and fun in the office and on the kitchen table, yet it can go off quite cruelly. Adding Blood Crypts and Dragon Skull summit would make this slightly more competitive, but never forget the fun of Evolving Wilds triggering multiple Mayhem Devils...

While slower compared to the original build, this features an increased power level with a low curve and a second win-con with Cavalcade as another payoff for playing a lot of 1/1s. Still this has a lot of 1 dmg triggers that will put constant pressure on the opponent. Regulator and Priest are the card draw engines to refill your hand, also skeletons help with that.

[[Piper of the Swarm]] will be insane in this deck. Also Maybe [[Witch's Oven]] [[Witch's Cottage]] or anything that makes food tokens for the [[Mayhem Devil]]'s trigger.

Turn 2: Priest Of Forgotten Gods. If open go in for damage with the 1/1

Turn 4: Add Mayhem devil or Cavalcade to the mix for extra damage. Use skeletons to block.

- Mayhem Devil is a major wincon here, also working well with Chandra on her own, add a Regulator for 4 tokens that sac themselfs e.o.t., triggering the Devils.

- Cavalcade + two attacking 1/1s then sac them with Priest before they die to blockers, or if the oppenent let's the damage through sac them anyways. Also works with gutterbones.

- Gutterbones doesn't trigger cavalcade but might get in for two anyway, then sac him/return him for more value.

- Card numbers still a bit unbalanced and need more playtesting, Tibalt might be too slow and more of a sideboard topic but Chandra's first ability + Regulator + Tibalt makes both an unbeatable sac outlet or driving force for Cavalcades.

- Removed Bontu, as it is too slow, although he would be useful to fix getting mana-flooded but you don't want him on the starting hand ever. He can be used as a sac outlet too if you've got enough mayhem devils it could payoff in longer games. 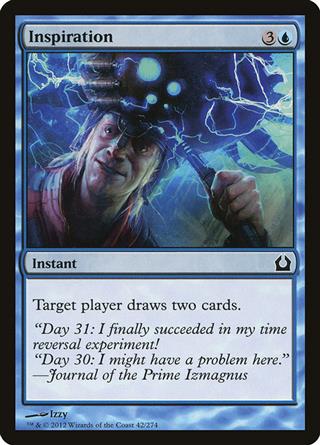