This is a straight forward Vampire leech deck, with a bit of a twist utilizing [[Epicure of Blood]] for a 5th turn drop to double the damage. [[Impassioned Orator]] used to combine with [[Epicure of Blood]], but I found that (in this deck) it was hindering the curve.

[[Cruel Celebrant]], [[Vindictive Vampire]], [[Epicure of Blood]], and [[Vampire of the Dire Moon]] are the main cards in the deck using [[Bloodthirsty Aerialist]] and [[Thirsting Bloodlord]] for defence. [[Ill-Gotten Inheritance]] with [[Oath of Kaya]] are the life gains in the deck, combined with [[Epicure of Blood]] allow for damage wtih life gain, ending the game with a sacrifice of 2 [[Ill-Gotten Inheritance]] on turn 8-10.

How to play? Going down to 6-8 health (Shock Land usage for first or second turn drops, taking blows from creatures) within the first 5-6 turns is no problem for me while I build up mana and the base of the deck, sacrificing creatures to block only when it is an absolute must and the flow is still in effect. Building up the [[Bloodthirsty Aerialist]] is a great defence as well as [[Icon of Ancestry]]. [[Oath of Kaya]] is your direct damage with life gain card so do not be afraid to throw out duplicate to kill a target when needed, but there are 3 so be selective.

Throwing out the Celebrant (I wait for 2), Vindictive (again, I wait for 2), and Epicure (I usually have 2-3 on the board unless killed) creatures, backed up by a [[Icon of Ancestry]] and a few more creatures from early game, allow for an all out attack to zero out the life total of the opponent when they kill your creatures.

2nd turn: [[Cruel Celebrant]] - take another 2 from a shock land if no regular land to drop

3rd turn: [[Icon of Ancestry]] or [[Bloodthirsty Aerialist]] - take 2 from a shock land

This is based on your draw of course, but can easily tick their life down as it builds.

This deck favors a [[Timewipe]], [[Ritual of Soot]], or any other mass wipe cards, but having them in the deck is counterproductive, as once [[Liliana, Dreadhorde General]] is on the battlefield, you can create and sacrifice creatures at will. 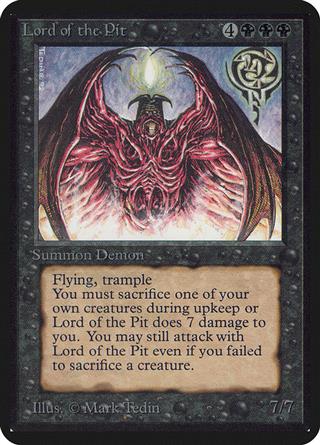