This is a variant of the recent Aristocrats build with some tuning and M20 updates. I am still tinkering with the new set to see where new cards can fit in and how to strategize against some of the most common decks on the ladder (looking at you, elementals), but the deck is a blast to play and has been steadily climbing for me.

Aristocrats is simple and complicated: the goal is to put down early creatures which we can later sacrifice for immense personal gain. The cards intricately synergize, so there are plays to be made that at times feel counter-intuitive. Generate tokens with [[Hero of Precinct One]] in order to create a field of sacrifical chaff, then follow up with [[Mayhem Devil]] and [[Cavalier of Night]] to turn those little dudes into valuable damage and removal. Don't be afraid, however, to sacrifice any and all creatures if the situation dictates it. The fun of this deck is how many options it will present to you at any given moment.

I usually look to grab 2-3 lands in the opening hand, preferably ones that can be played so that you have 2 untapped mana turn 2 (the manabase can make that a little tricky, so make sure the lands synergize). You are looking for early creatures to play, Hero of Precinct One and Dreadhorde Butcher are the best. You always want to go first.

[[Hero of Precinct One]] produces loads of tokens with our multicolored spells. We can sacrifice these to proc both [[Mayhem Devil]]. It is worth noting that Mayhem Devil procs whenever either player sacrifices any permanent. Use [[Angrath's Rampage]] in synergy. It also will trigger against certain common nuicances such as completed [[History of Benalia]]s and the new [[Chandra, Acolyte of Flame]]'s loyalty ability that sacrifices elemental tokens.

My favorite card so far from the new set is [[Cavalier of Night]]. His lifelink and 5 health make him a tough target for monored and aggro variants to handle. He can sacrifice one of our creatues to immediately remove a threat on their side of the board. And when he dies, we can have the pick from our graveyard of one of our other creatures.

[[God-Eternal Bontu]] is a bomb, giving us immense card draw, but more often serving as a finisher. His god ability makes him troublesome to remove from the board, and menace makes him a challenge to block. But, most importantly, we can use him to sacrifice our whole board at once, proccing our Celebrants, Devils, and our [[Dreadhorde Butcher]]s, dealing large amounts of directable damage.

This card is an mvp. Playing her early ramps her into a scary creature. Because of her second ability she trades incredibly well and makes opponents think twice before blocking or attacking. Her second ability also makes her a valuable sacrifice tool to shoot damage to either clear board or hit face. She can become a bomb in the late game, and unless our opponent can exile her, her damage is unstoppable.

[[Theater of Horrors]] is possibly the most important card on the list. This is our primary draw tool as the game progresses. I am still playing with mainboarding a 3rd copy, but so far 2 has been enough most games to ensure I end up with one when I need. We have so many ways of sneaking a damage past the opponent that this card really extends our card advantage.

[[Sorin, Vengeful Bloodlord]] is another card I'm experimenting with. His +2 abiility allows us to proc Theater of Horrors, but it is his recall ability that is most important for us, allowing us to reanimate creatures.

[[Gods Willing]] is cheaper protection than [[Make a Stand]] or [[Unbreakable Formation]] with the added benefit that we can use it to protect creatures from the rampant blue yoink spells being played ([[Mass Manipulation]], [[Agent of Treachery]]).

[[Carnival // Carnage]] gives us versatile removal, a proc for Theater of Horrors, direct damage, and hand hate. Too many tools in one card to pass up.

A one of [[Blood for Bones]] as it can recycle impactful creatures and give us more cards to play.

The sideboard for the list is very much a work-in-progress, but how could it be otherwise while the meta is very much still wide open to be defined. At the moment I am favoring filling it with various removal spells so that I can tailor our removal to the matchup as needed. A more clever sideboard will take time butting up against the budding meta.

[[Duress]] because who wants to run into Esper control without it?

[[Priest of Forgotten Gods]] allows us to sacrifice 2 creatures in order to remove threats from our opponent's board and proc for lots of damage. Her draw tool is also useful. She is incredibly potent against opponents that favor one or two intimidating creatures or against wide lists that have low-health creatures (remember, Mayhem Devil lets us direct damage to help ping those little dudes). Sideboard in when her ability will help us effectively clear the board against low health wide boards or single creature boards. She was moved to the sideboard because she slows our tempo early and only excels in certain matchups.

[[The Elderspell]] is important against Planeswalker heavy lists, and especially against lists that run [[Nissa, Who Shakes the World]] as their boards are difficult for us to get past.

[[Despark]] for impactful removal of big cards. Funnily I seem to use it most against [[Experimental Frenzy]]. Can't have a new set without a load of monored.

Another [[Theater of Horrors]] for matchups against more control-oriented lists where we need to ensure card advantage for the longhaul.

[[Deafening Clarion]] is a card that feels counterintuitive. It is, right now, for those annoying elemental lists that have so many 3 health creatures. I find our deck performs well against them so long as they don't flood the board incredibly quickly and build a wall to protect their Nissas. This is a tool to help reset things if they start getting messy, and Celebrants mean there is still some value for us in wiping our own board. I am still testing to see if I prefer either [[Flame Sweep]] or [[Kaya's Wrath]].

[[Ugin, the Ineffable]] for versatile removal against control. His + loyalty ability also gives us useful chaff to sac. 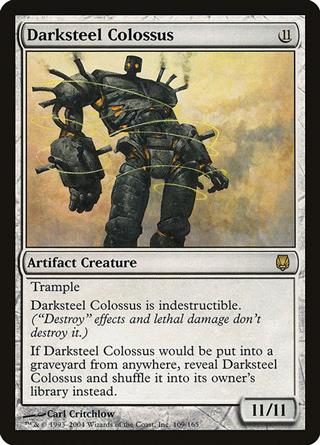