A janky Rakdos Aggro/Aristocrat type deck, the difference with this list is that its all about dealing damage to the opponents creatures to buff [[Kazarov, Sengir Pureblood]] or to kill off using [[Vraska's Finisher]] . The idea came to me from the reprint coming to Core2020 [[Heart-Piercer Bow]] , as you can ping enemy creatures to buff Kazarov.

I had some mild success in MTGA constructed event going 5-3 or worse multiple times. I'm very open to others improvements and suggestions.

Early on the deck plays as an aggro Rakdos list trying to push a life advantage and/or a stronger board presence. [[Fanatical Firebrand]] [[Footlight Fiend]] [[Doomed Dissenter]] [[Lazotep Reaver]] [[Sanitarium Skeleton]] [[Reassembling Skeleton]] are your cannon fodder essentially acting as blockers or attackers but later on are used for card advantage with [[Bankrupt in Blood]] and pinging with [[Judith, the Scourge Diva]] which goes with the theme of damaging enemy creatures.

You have removal with [[Shivan Fire]] [[Lava Coil]] [[Lightning Strike]] but all of these also tie in with creature damage.

[[Theater of Horrors]] will ensure you wont run out of gas too quickly. Enabling the spectacle mechanic isn't difficult at all either as a lot of the creature pining cards can also be used to go face, [[Rakdos Firewheeler]] works extremely well in conjunction with Theater also.

[[Heart-Piercer Bow]] is a slow to start card as pinging for 1 damage will rarely let you trade favourably or straight kill a creature, however, the more of these you are able to get out and use the better. If you are attacking with Lazotep for example and have 3 equipped bows' you can take out a x/4 without loss or even a x/5 in a trade.

There isn't anything to protect Kazarov from your opponents removal that is why you cannot play him hastily, if you've been aggressive enough hopefully your opponents removal is looking low as they have wasted it on your weaker creatures. Don't keep your removal cards to try to combo with Kazarov, if you need to get rid of something you should try to as soon as possible. you always want to have a tempo advantage so your opponent has to answer your board.

[[Theater of Horrors]] + [[Vraska's Finisher]] 7 mana planeswalker removal is expensive but this combo will catch your opponent off guard.

[[Cosmotronic Wave]] + [[Goblin Chainwhirler]] ends up being a 7 mana deal 2 damage to all opponents creatures but if Kazarov was on board for the previous turn you can pretty much win the game depending on the amount of enemy creatures.

[[Bankrupt in Blood]] + [[Reassembling Skeleton]] its not bad for a 3 card draw, and it just gets better if Judith, the Scourge Diva is on board.

[[Fanatical Firebrand]] + [[Heart-Piercer Bow]] this will eliminate 2-3 toughness creatures that may be tricky to deal with otherwise.

Majority of the time this deck will lose to control decks, decks with no creatures, decks with a lot of hexproof and flying archetype decks. 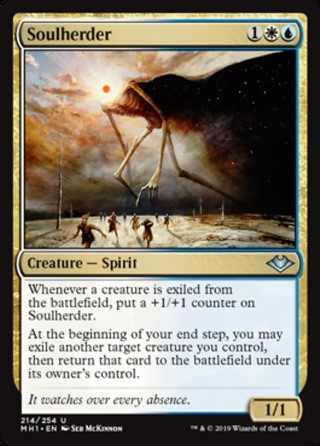