Hello Spellslingers! Blakeizen with the weekly Saturday morning build for you! I've been playing my last list I posted (Greathearted Curve) almost exclusively this week, and have climbed to Plat 1 so far. I'm taking a break from that with this one and playing something way more combo-oriented. Let's take a look at this Jeskai tokens build!

I've been messing around with [[Hero of Precinct One]] in a R/W/U list since before WAR landed. I figured it worth mention now that [[Ral, Storm Conduit]] turns a single copy of [[Heroic Reinforcements]] on a clear board into 12 damage. Previously we only had [[Hero of Precinct One]] to spike our opponent down, but this takes it up a notch. Things start to get a bit nutty if you have multiple creatures on board. Every 1 point of power on your side of the battlefield before Ral + Reinforcements is another 3 damage.

The list is tuned for [[Hero of Precinct One]] fairly well. Most cards in the deck are multicolored, so if they don't remove it, you're definitely going to make some dudes with it. I really love [[Justice Strike]] as a card, and even more so when our Hero is on board. [[Deputy of Detention]] feels similar, but also leaving us a body. Mr. Fun Police can hit almost anything, and is back breaking if your opponent has hit a lot of the same creature, or just has a bunch of Servo/Soldier tokens out front. Oh yeah, that's also a thing we can do! Two copies of [[Saheeli, Sublime Artificer]], please and thank you.

[[Hunted Witness]] and [[Tithe Taker]] are here to try and always leave us a body on board. These creatures are strong versus both RDW and control matchups. Every creature based aggro deck feels bad into [[Cry of the Carnarium]] and these 2 guys right here tell you the whole reason why. If they hit you with it, you just have to keep playing. Keep chipping away. They're going to tap out at some point.

[[Dovin, Grand Arbiter]] does not get as much love as he should. He triggers our Hero, and he can make another dude while gaining 1 life, which feels pretty relevant with RDW everywhere. Opponents are also forced to deal with him before you click his -7. You might find that [[Heroic Reinforcements]] you needed to win the game. Or [[Deputy of Detention]]. Or whatever.

I'm playing a two-of [[Lavinia, Azorius Renegade]] almost strictly because I just like the card. It stops turn 2 [[Light up the Stage]] when you're on the play, and it also beats [[Mox Amber]], [[Llanowar Elves]], and a lot of [[Wilderness Reclamation]] shenanigans. Her second ability is not near as relevant, though it does stop a few things. Note that the first ability does only say "noncreature" spells, so if they ramp into a creature it doesn't help you at all. If you're up against mono green Tron, it means they have to have 5 lands down for [[Nissa, Who Shakes the World]] and 6 for [[Ugin, the Ineffable]]. Last but not least, there will be no [[Wilderness Reclamation]] + [[Nexus of Fate]] shenanigans with her on your board, so they can just hold that. 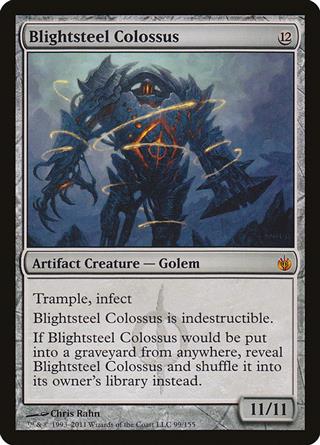