What Theros Beyond Death Card will get Banned First?

This week on the Mythic Rare Podcast:

--The Icon Willy B applies for the Bachelor
--Reddit LOVED the Aetherhub card reveal
--Should Magic embrace E-sports gambling
--Theros spoilers
--Which card from Theros will get banned first?
--And much much more!

Well The Icon Willy B and myself have returned after an extended holiday break to once again take the world of Magic by storm. Per usual it is a very exciting time in the Magic world, with the Theros: Beyond Death release just around the corner and a MCQW this weekend. So far people seem pretty excited for the new set, and we are just as excited to talk about the cards with everybody!

Before we got into our card spoiler coverage, we of course had to cover the huge story of the day which was The Icon Willy B applying to be a contestant on the Bachelor. If any publicist from ABC is a big Magic fan and is reading this, you know what to do! Ever wanted to showcase a mansion of 20 men playing Magic for a month straight? Well then Willy B is your guy! I also would like to see a Magic community version of the Bachelor, which I am sure would be a MASSIVE hit on the interwebs (I’m looking at you reddit). 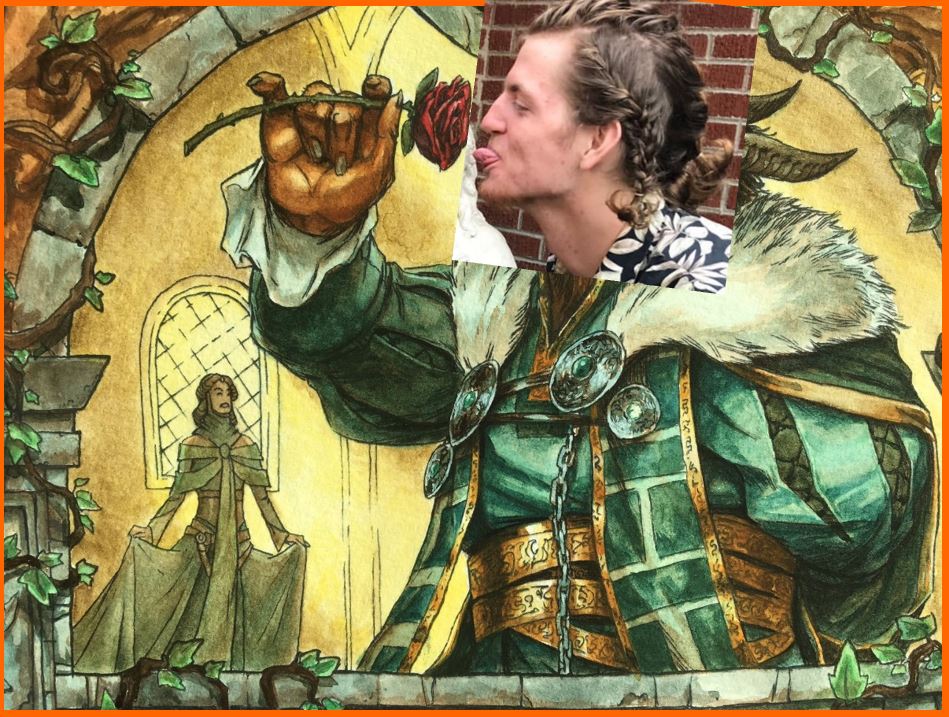 Unfortunately however, nobody clicked on this article to read about the Bachelor, so I want to talk about card banning’s. It is obvious that Wizards has been increasing the power level of cards in the most recent sets. I think they are probably doing this to build more excitement around the release and to get people talking about really insane cards, but with that strategy comes a legitimate risk of making cards that are too powerful. You are now hearing about Oko being too powerful in almost every format, and the last standard saw several significant shakeups after banning’s were required. Therefore, as unfortunate as it is, I think it is not unreasonable to expect more banning’s in standard this time around. Without further ado, here are my top 5 of cards released so far which could get banned: 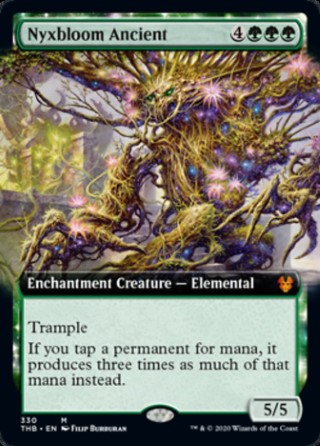 Yes this card is 7 mana and yes its only a 5/5 with trample, but that ability is so ridiculous it trumps anything else. With some of the Simic Ramp shells now a days, getting to 7 mana really isn't too difficult and ramping from Nissa into this card is downright scary. You thought Nissa plus Hydroid Krasis was bad? Imagine Nissa but Nyxbloom Ancient plus Hydroid Krasis... Also, Lotus Field

produces 9 MANA when tapped with this card on the battlefield, and combine that with Kiora or some other type of untap ability and you can get 18 MANA IN ONE TURN FROM ONE LAND! Even more incredible, the new Nyx Lotus

looks to have some unbelievable potential with this. Get a Kiora and a high devotion up and you can easily be tapping for 20-30 mana per turn, which wouldn't even be too difficult to pull off. I imagine there will be plenty of other ways to exploit this card as well, and it just seems like an automatic win unless its answered right away.

This card, if given first strike and trample, is an absolute wrecking ball. Of course 4 mana Vivien comes to mind as synergizing well with this card, but Theros has brought a few other ways to give a card trample as well. This card reminds me of a more versatile Ghalta that can fight your opponents creatures, and I can see this card winning games very quickly. Will it be powerful enough to make it on the ban list? We will have to see. However, I can easily see someone much smarter than me coming up with a way to break this card, and a 4 mana threat in green thats potentially an upgrade from Questing Beast is scary enough.

Yet again another good 3 mana Mythic Rare in Simic.... ring any bells Wizards? This card certainly doesn't seem as OP as Oko did, but then again most people didn't immediately realize how ridiculous Oko was during the spoilers either. This is yet another ramp card in Theros that encourages quick mana gain, can get you into Nissa or Nyxbloom faster, and set up some type of OTK combo. Imagine a Growth Spiral

for one mana more that can gain you three life and come back as a 6/6. The biggest problem with this card isn't necessarily the card itself however, but more so the supporting cast. Green is just so rediculous right now that printing a card which fits very well in a ramp shell seems dangerous. We will have to see if there will be answers, or if Green runs away with the highest percentage of the meta share again. If the ladder is the case, something has to go and it could be Uro.

This seems to be the general consensus for best card out of the God's in Theros, and you can see why. Coming out at three mana is a massive advantage, and there is a large infrastructure already for the white life gain decks. In Historic especially this could be pretty good, but in the correct standard shell this is also an all star. The only problem is there is not many, if any, real standouts in White, so banning a card in that color does seem unlikely.

We all know it is coming. Wizards really just can't help themselves when it comes to printing these. With a few days left in the spoiler season, I would not be surprised at all if all our worst fears are realized. When the three mana planeswalker comes, expect it to get banned in a month because that is just how the world works.

I know all of you Jackals on reddit are going to be quick disagree with everything I posted on here, so please feel free indulge yourself at my expense. Here is to hopinng I am wrong and we have a healthy and amazing standard format right from the get go!

We hope you enjoyed this weeks episode of the Mythic Rare Podcast. 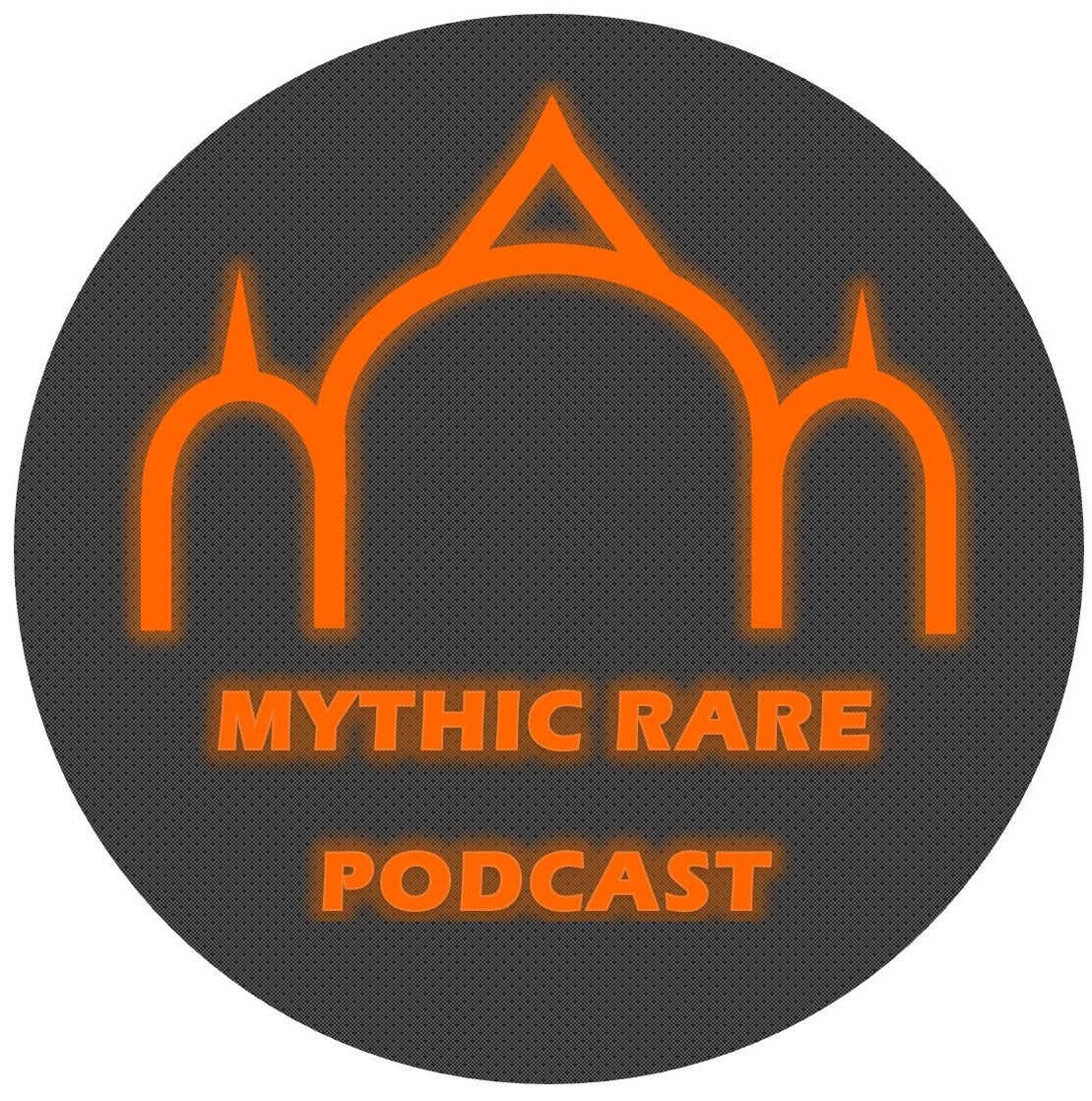 Simic Ramp gets a lot of new toys in Theros Beyond Death. Let's test!

All the instant-speed and removal spells in Theros Beyond Death.

Not much has been written about Historic. Let's change that.

Will these Theros: Beyond Death cards make the deck viable?

We are close to completing our MTG Arena Extension! Here is a sneak peek.